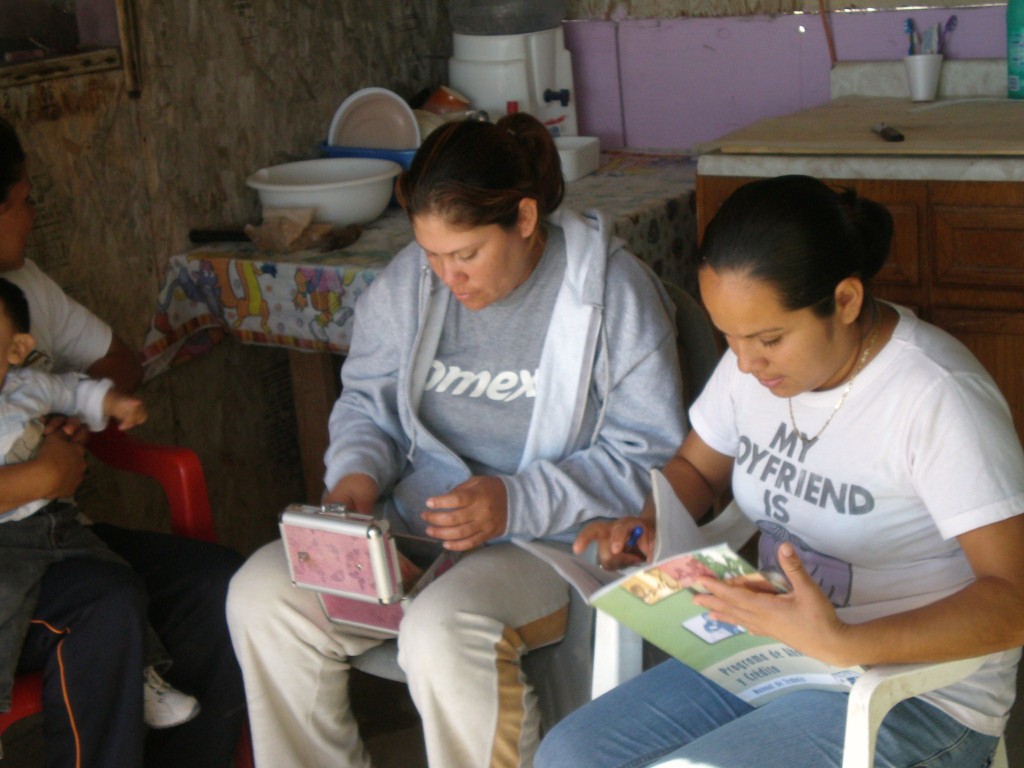 Have you ever heard about an idea and ran with it?  Letting your passion and excitement take you to your goal?  That’s just what Areli (pictured above, right, with the bank treasurer, Edith) did, following a Community Banks workshop held in October and sponsored by Philanthropiece.

“Areli, the President of the El Cardon Community Bank, has proven herself as a true leader and uses the Community Bank workbook as her bible,” Jordan reported, after his most recent visit to Laguna San Ignacio.  Areli immediately formed her community’s bank after being inspired by the potential for savings and loans.

The two Community Banks that were formed were liquidated in December 2010, with members pleased to have saved money for the holidays.  They are re-instating the banks during this first week of January, and we hope they will be as successful as the first go around.