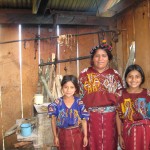 A Review of Half the Sky

Half the Sky: Turning Oppression into Opportunity for Women Worldwide, by Nicholas D. Kristof & Sheryl WuDunn.

The premise of Half the Sky is that girls and women are the key to lifting the world out of poverty and oppression and into opportunity and better lives for billions of people.  The authors make a careful argument by marshalling evidence based on organizations, leaders, and actions taken in many places in the world.  What makes this book remarkable is that Nicholas Kristof and Sheryl WuDunn, who are married to each other, have not merely examined mountains of research, they have traveled to visit women in brothels, hospitals, slums, and safehouses, and witnessed them at work as leaders of NGOs, workers cooperatives, and schools.  When faced with the emergency of an individual woman or girl, they have offered the last dollar in their pockets to try to save the life of a woman dying in childbirth for lack of money to pay for medical care.

Half the Sky is a book of stories about memorable individual girls and women, and about issues that profoundly affect all girls’ and women’s well-being.  The main topics are sexual slavery, genital cutting, rape, so-called “honor killings”, education, microcredit, and maternal mortality and fistulas (where genital cutting leads to devastating childbirth injuries leads to complete social ostracism for the incontinent women).  It is sometimes painful reading — a book a reader cannot race through, one that leaves its painful, hopeful palm print on its reader’s tender face.  Thankfully, the problems are coupled with solutions that have actually worked, at least in places, and information the reader needs to take action to help with global transformation.

It might seem like success in women’s rights and welfare correlates with spending, but it doesn’t always work that way.  Bangladesh, which is poorer than India, has made maternal mortality a priority and is way ahead of its richer neighbor in saving women’s lives as a result, even though it spends less of its GNP on health care than India.  As the journal of Clinical Obstetrics and Gynecology noted, “Women are not dying because of untreatable diseases.  They are dying because societies have to make the decision that their lives are worth saving.”

Kristoff and WuDunn have learned that what doesn’t work is very important, as so much “development aid” causes harm or fails in its mission.  They share many such examples, such as a well-meaning U.S. Senator wanting to help Bangladeshi girls working in sweatshops.  He created a bill that would ban imports made by workers under age 14, which led the factories in Bangladesh to fire countless thousands of young girls.  As we learn, “many of them ended up in brothels and are presumably now dead of AIDS.”  The authors also share global public health efforts to prevent HIV transmission from mother to baby that work well only in some places.  For instance, the health planners failed to understand why women who hide their HIV status in order not to become social outcasts can’t bottle feed their babies.  In parts of Africa, they have been seen throwing the baby formula into the bushes as they leave the birthing hospital with their newborns tied to their backs.  Kristof and WuDunn also note that while liberalizing prostitution, as the Netherlands has done, once seemed like a good strategy – to monitor and protect the health of sex workers – it doesn’t work as well as cracking down on brothel owners and brothel users, especially in contexts where underaged girls are trafficked, such as (believe it or not) Sweden.  In other words, all who wish to help need to proceed with great awareness and caution.

The best strategy of all, they write, is to support local women and their organizations and efforts, for such women truly understand how best to solve problems within their cultural contexts.  And if the women are social entrepreneurs, so much the better!  Lofty goals written by the United Nations or World Health Organization don’t solve the problems, though they do bring needed awareness, as with the recent public correlation of violence against women as a public health issue.  Changing laws might or might not help, they point out, but changing cultures always helps.   This includes changing women’s relationship to their lot in life, and helping women stop supporting violence against women and girls.

Political pressure can be quite valuable in certain situations.  Kristof and WuDunn urge us to lobby our representatives to lobby governments worldwide to make women’s welfare and rights a priority.  The annual international “Trafficking in Persons Report” (TIP), put out by the U.S. State Department, has done a lot of good, as countries don’t like to see their names high on that list!

For the many islands of hope that Kristof and WuDunn offer – stories of entrepreneurs and activists and organizations whose work can be replicated – you will need to read the book.  They conclude with “Four Steps You Can Take in the Next Ten Minutes” to become part of the solution – by continuing to educate yourself and by engaging in microlending and activism-based efforts – and offer a list of dozens of excellent organizations engaged in supporting women worldwide.  I was profoundly moved by this book, and hope to see in my lifetime the global shift I know is possible.  It always amazes me what happens in a century once the will is found.  Think of the abolition of legalized slavery in wealthy nations and decolonization.  Once these movements were started, there was a resounding sound around the world as the dominoes fell.