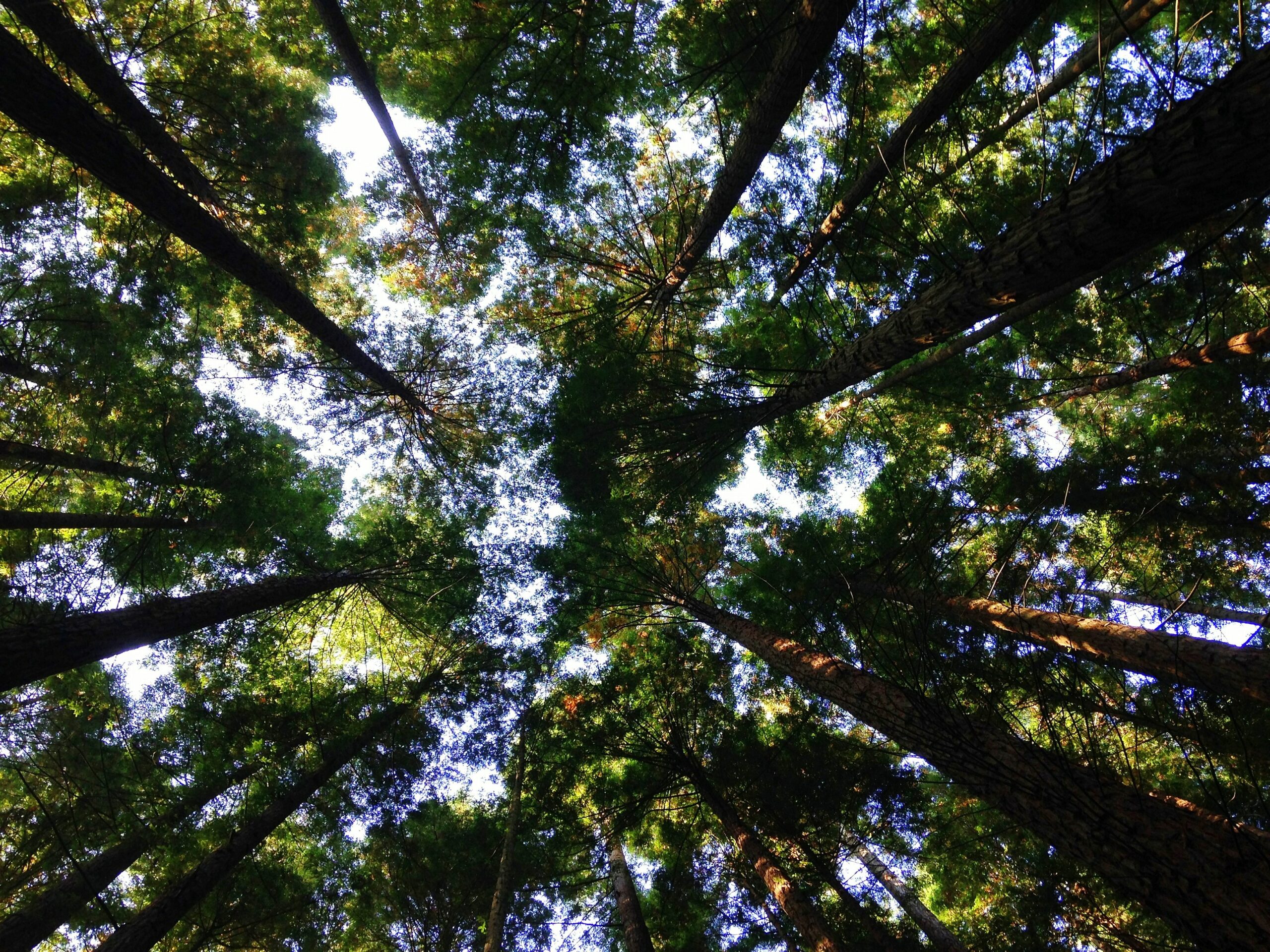 When the Marshall Fire swept through the communities of Superior, Marshall and Louisville and threatened much of Boulder County last December, it brought the realities of wildfires and possible evacuation to the minds of many local residents. The day after the fire, Angela Maria Ortiz Roa, a member of the Mapleton Manufactured Home Park in Boulder, was talking to her neighbor, Isabel Sanchez.  Angela was processing the shock and grief of the experience and her feelings about the wildfires and the powerful winds that had affected so many local community members. She realized that she felt very unprepared for the disaster in many ways.

“I remember sharing with Isabel that I had been triggered, I was frozen when the fire came and I didn’t know exactly how to respond to it and how unprepared I felt to face evacuation and to be ready to act and care for my family and my neighbors in a situation like that,” recalls Angela.

Isabel, on the other hand, felt very prepared to evacuate and to take steps to be self-sufficient in the wake of the fires. Due to her experiences during the 2013 floods in Boulder County and also because of other personal and professional experiences, Isabel has built a deep knowledge of self-reliance and knows how to navigate many of the uncertainties that come after a natural disaster.

“I remember Isabel saying that she was ready to live for three months out of her van and I was like, ‘What?’,” says Angela. “Talking to Isabel, I realized I knew nothing about preparing myself.” 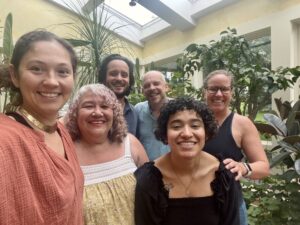 Angela asked Isabel if she would be willing to facilitate a workshop for their neighbors and community members to help them better prepare for what to do in the aftermath of disasters. From this discussion, Angela, Isabel and Isabel’s daughter, Alysia Sanchez, begin to create the Preparedness Training for Emergencies (PTE) Project. The project focuses on providing community-shaped solutions to the ever-growing threats of climate chaos brought on by climate change.

As they were conceptualizing and planning the PTE Project, Angela was also an active member of the Climate Justice Collaborative of Boulder County. The Climate Justice Collaborative of Boulder County (CJC) strengthens and supports an existing movement in Boulder County to build and organize for climate justice, led by the communities most impacted by climate chaos. It is co-designed and co-led by members of the CJC, including individuals who represent their neighborhoods, families and cultural groups; staff of local government departments; and local nonprofit leaders, including team members of the Philanthropiece Foundation. Angela shared her ideas around the PTE Project with Katie Doyle Myers, Philanthropiece’s Executive Director and a member of the CJC. Katie encouraged Angela to bring a proposal to the CJC regarding funding the work and development of the PTE Project. Angela and Isabel did make a proposal to CJC and held discussions with CJC members.  The discussions with the CJC allowed the diverse group of CJC members to give their input on the proposal, as the project development moved forward. When the CJC chooses to support a project, it is important that there is a sense of aligned values and a shared approach in trying to find solutions to climate adaptation and mitigation. After discussions, the CJC entered into a partnership with the PTE Project by providing seed funding and ongoing open communication.

The Climate Justice Collaborative of Boulder County (CJC) strengthens and supports an existing movement in Boulder County to build and organize for climate justice, led by the communities most impacted by climate chaos. It is co-designed and co-led by members of the CJC, including individuals who represent their neighborhoods, families and cultural groups; staff of local government departments; and local nonprofit leaders, including team members of the Philanthropiece Foundation.

“Every member of the CJC received the proposal and had the opportunity to provide their consent to offering the funding to the project or not. The CJC members had the opportunity to ask questions and explore ideas, specifically considering the role of frontline community members to bring about the initiative, and how equity is being considered. This made the proposal stronger, more equitable, more inclusive, more effective. There is a very active role that members of the CJC, including local government staff, played in this process,” says Katie. 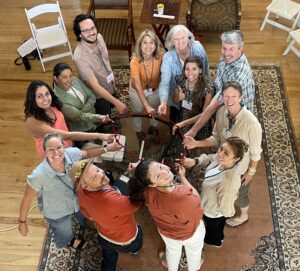 Members of the CJC gather for a retreat in July 2022

This open dialogue within the CJC also offers the opportunity to have trusted government staff give feedback and be a part of frontline community-led initiatives from the beginning stages of such projects. In the past, this type of communication between government officials and frontline community members has often had many barriers towards achieving such direct, trusting conversations. Garry Sanfaçon, another CJC member and also the Recovery Manager for Boulder County’s Recovery and Resiliency Division, has seen this through his years of working in government.

“In my experience, community members know what they need, they know what the challenges are, they know what the relationships within their networks are. So to me, it is how do we partner with them to solve the issues that they are facing. Government does not have all the answers. We bring a lot to the table but I think the dynamic has historically been that we act as the experts and it is a top-down approach. And a lot of folks in frontline communities don’t have access to that work, those decisions, that power. And so, we are often creating solutions that don’t address the fundamental issues and needs in the community,” says Garry.

In my experience, community members know what they need, they know what the challenges are, they know what the relationships within their networks are. So to me, it is how do we partner with them to solve the issues that they are facing. -Garry Sanfaçon, CJC Member & Boulder County Disaster Recovery Manager

However, with the CJC, the unique structure of having frontline community members, local non profit representatives and local government staff all working collaboratively provides the environment for genuine trust to be built and for all voices to feel that they are being heard. This can create stronger community-led initiatives by having many viewpoints considered and for members to offer support, wisdom and resources.

“CJC members get to know about a project and see it be born. Should it show that there are really important fruits coming from the project, then CJC members are in it from the ground up. They have been part of the proposal and the growth. Therein lies some of the importance of these relationships. Something that is truly frontline community member led and serving local community members, it can then go to scale, because it can have the resources and the alignment and the accompaniment of government organizations,” says Katie.

Since taking the PTE Project proposal to the CJC and receiving funding, Angela and Isabel have shared the project idea with City of Boulder staff and have received matching funding. Having financial commitments from local governments can be an important part of scaling up a project such as this.

“How money is spent in a government, that is often where government values and priorities are,” says Garry.

With the backing of the funding from City of Boulder and the CJC and continuing CJC support, Angela and Isabel and Alysia are planning for 2 upcoming PTE pilot workshops. The workshops are each 4 sessions and one will be held in English, one held in Spanish. This will give them the opportunity to further develop and refine the PTE project, so that they might be able to offer it on a wider scale to other community members interested in participating in the workshops. As the reality of climate related disasters makes itself more and more evident, supporting frontline communities is going to continue to be needed more than ever.

As all communities face the new realities of climate chaos, we know that frontline communities are disproportionately affected. With these new realities and increasing natural disasters, the work of the CJC continues to gain a sense of urgency and a deep call to action to turn to community focused solutions.

To learn more about the community-led Preparedness Training for Emergencies please see this flier.

Morning Glory Farr is Philanthropiece Foundation’s Content Manager and Editor. She brings a deep curiosity and joy of learning to her work, life and relationships.