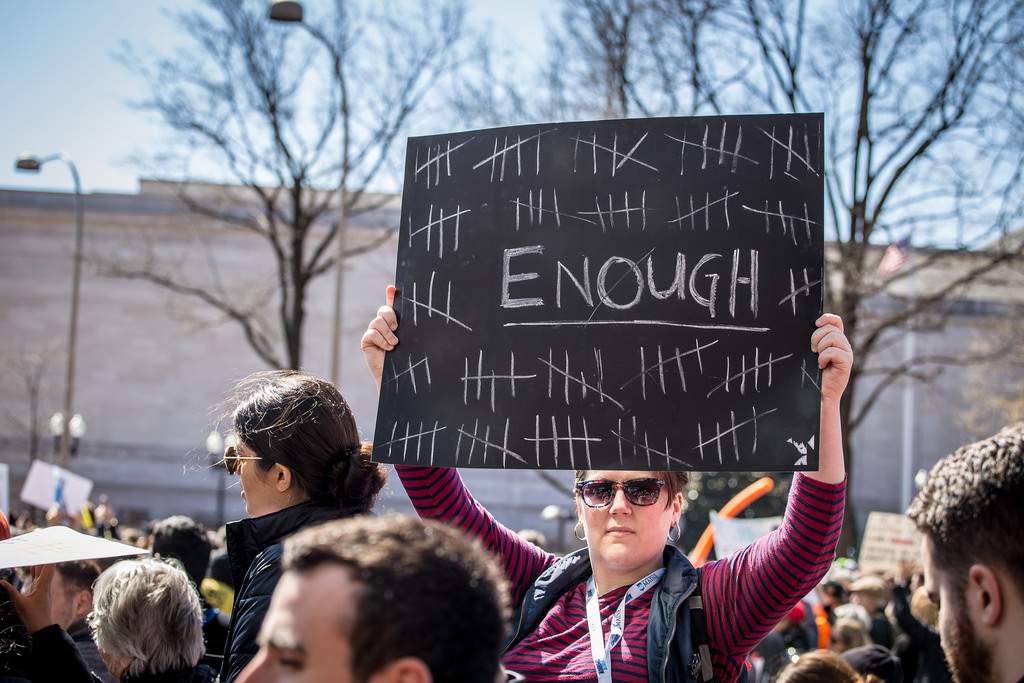 Be Nice: An Unassuming Guide to Microaggressions

My college honors seminar drove me up the wall last semester. Not because of the assignments—those were fine! It was my classmates that I struggled with.

During class conversations, people didn’t seem to understand the vocabulary I was using. My fatal flaw was thinking that I could have the same types of conversations in the academic world as I could in my nonprofit workplace. I found myself getting angry. The focus of this class was American violence: child abuse, education systems, family separation, wars, gun control. This was important stuff. Why didn’t they get it? Why couldn’t they just “open their eyes?”

After three months of (sometimes exhausting) debate, I realized something: other people believe in their stance as much as I do mine. Their political beliefs align with their core and cultural values regardless of whether or not I agree with them. I myself am always resistant to hearing dissenting opinions on a topic that I think is a simple human rights issue. I cannot expect other people to “open their eyes” when I cannot do it myself.

If I preach in my vernacular, the only people that hear me are the ones that already agree. I have the privilege of being able to understand different social and cultural scripts, and I think part of my responsibility as an advocate is to also be a translator. For my final class project, I wrote and designed a book called Be Nice keeping one goal in mind: it shouldn’t deter or confuse conservative folks.

The following excerpt is from the preface:

There are many reasons this book was created. I’m a student, a designer, and a lover of language. I work in the nonprofit world and often navigate conversations about “political correctness.” More and more, I hear people say that being nice requires a lot of tip-toeing and legwork. I can see their point; being nice isn’t as easy as it seems. It’s something you have to learn how to do, and chances are you’ve learned wrong. I know I did.

The idea is this: I’ve done some work so you don’t have to. This book is designed to be easy to read for teens and adults of any cultural background, political affiliation, etc. It’s part narrative, part science, and part pretty pictures. This isn’t to say it’s easy to digest. Be Nice has some big ideas, and it’s ultimately up to you whether or not you want to engage with them and apply them to your life.

You can read the rest of the book below. Some parts of the book are low-contrast. To get the link to a high-contrast or plain text version, shoot an email to [email protected]!

It’s a long read, so I’ll leave you with another one of my favorite chapters:

After years of working with nonprofits, I’ve learned a couple things by being on both sides of this interaction. First of all, it is not my job to tone-police the people who call me out. It is not my place to interrogate their experiences, and it is not their job to educate me. Trying to explain the history of colonization shuts down a conversation instantly, but asking an oppressor questions often leads to great conversation. Where did you learn this? How does it align with your core values? In a world without this belief, would you feel unsafe?

We’re beyond talking about bullying and slurs and insults. This is more than that. Microaggressions are violence framed as kindness. They make people question their own truth. They are subtle, manipulative, and destructive. But how beautiful it is that we have graduated from preventing offensive speech to encouraging kind speech.

This is not about silencing your narrative; it’s about making room for narratives that aren’t yours. That’s my message for you, my challenge. Believe people when they say you’ve hurt them. Ask questions instead of getting defensive. Spend the rest of today thinking about how and why you use your voice.

This book is my dream of a better world. Stories about oppression will soon be corroborated in instead of interrogated, and reasonable conversation will be the norm. We will seek perfect nonviolence when we speak, even though we know we will never achieve it; and we will not default to shame after making a mistake. Language will be as a tool to unite instead of divide. We will listen to many stories and immerse in many cultures. We will acknowledge that the truth is diverse and fluid, and we will seek it out regardless.

Raye Watson is a Philanthropiece staff member and graphic design major at the University of Colorado Denver. They are concentrating their studies on what it looks like to design for social change.