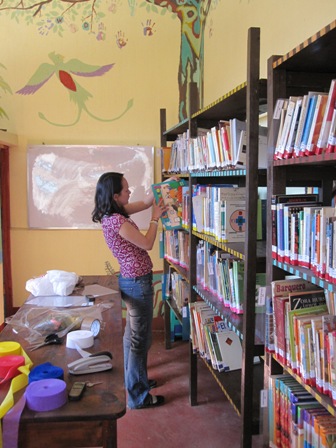 The Question of Costs: Programming versus Administrative

Having written my writing and rhetoric course final essay on the importance of informed giving, I have traditionally been a huge fan of such sites as charitywatch.org, the website of the American Institute of Philanthropy- an organization which rates various NGOs based on their efficiency. The portion of the charity’s rating which I found most important in my essay was the “Percent spent on charitable purpose,” which the site describes as “the portion of total expenses that is spent on charitable programs. In AIP’s view, 60% or greater is reasonable for most charities. The remaining percentage is spent on fundraising and general administration. Note: A 60% program percentage typically indicates a ‘satisfactory’ or ‘C range’ rating. Most highly efficient charities are able to spend 75% or more on programs.”After meeting with Katie Morrow (Executive Director of Philanthropiece partner, Limitless Horizons Ixil), I find

this approach may not be fair, and in fact may favor hand-out based programs. It depends entirely on whether an organization lists certain staff as program, or administrative costs.  Take for example the library in Chajul: which category should the librarian’s salary be under? The majority of the library’s funds go to pay her, so if her salary is listed as a non-program cost, then the organization’s rating would be dismal. In contrast, a reading program which simply purchases books and then gives them away would be considered ideal, as the vast majority of funds would go directly to “programming materials”- the physical books. But the hand out model is missing the human aspect. What good are a few free books if there is no one there to teach the owners how to read, or a place to attain more in the future? The staffing cost does not make the program inefficient, just sustainable.