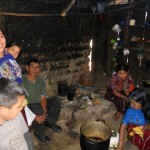 Following in the footsteps of my last blog post, the word I want to focus on for this entry is sustainability.  Sustainability is a bit of a buzzword at the moment in the development world and is used mainly to describe and evaluate programming objectives and overall goals.  Increasingly, there has been a shift away from traditional aid methods of just writing a check or giving large sums of cash to people or organizations in need to creating long-term, viable solutions for the communities involved.  Governments and NGOs alike are realizing the importance of not just sticking a band-aid on a problem and moving on with things and are instead attempting to critically address and resolve what caused the need for that band-aid in the first place.   This, of course, is not an easy task as it involves looking into the future, way ahead into the future, to determine a realistic plan of action and expectations for desired progress and outcomes.  And this is often when things get tricky.

In the case of Chajul, people are not accustomed to thinking about the future, as in the recent past many feared they wouldn’t even have one, especially during the Civil War.  The culture of poverty, as well, has created a day-to-day living strategy that doesn’t leave much room for the idea of planning too far in advance.  When there are more immediate concerns such as where the money for food is going to come from today, the whole “five-year plan” thing kind of falls to the wayside.  Living in the present moment seems to be the only way to tackle life – not because of an adherence to some sort of Zen ideal but because it’s the only real option.

Cultural norms in the U.S. dictate pretty much the opposite.  The idea of having long-term plans is ingrained in our society so much that we’ve had to search for alternative ways of thinking and doing things to get back in touch with the fact that there even is a present moment.  Of course, economic security allows us to think of this present moment as something completely different, something to stop and enjoy, and taking life day-by-day has the connotation of appreciating the time you have now to live fully and not just survive.

With the clash of these two modes of existence, it can be frustrating for the Western development worker to explain to local community members why they should plop down a significant amount of money now on a stove or a water filter or seeds for a garden, things that all have significant long-term benefits but might not seem immediately feasible, and equally as baffling for locals to express their logic of not wanting to spend money on items of relative importance when compared with basic necessities they already struggle to provide on a daily basis.  It soon begins to become clear that the issue of sustainability needs to be addressed not only in terms of projects or programs themselves, but in terms of people and their attitudes and perceptions.

This is certainly true in terms of my experiences so far in Chajul.  Many of the programs I am involved in require the re-orientation of people in the community to focus on this concept of the long-term and its direct relationship with the present and their current struggles, which people are mainly concerned with. For example, with our Safe Stoves Initiative, meant to encourage people to switch from cooking with open fires in their houses to stoves, much of the resistance we have encountered has been due to this preoccupation with present circumstances– not wanting to spend money right now, feeling uncomfortable or uneasy when faced with having to learn a new way of doing things, experiencing frustration when something isn’t immediately obvious and takes a bit of effort to find out, and hesitation to change in general.  These are all completely valid objections when someone is only concerned with how the purchase of this stove will have an immediate impact on his or her life.  But when framed in a different context, new scenarios become evident.  When viewed from the perspective of how having a stove will benefit them in the future, something completely different becomes visible – namely, that the effort and adjustment implicit in utilizing a new stove can lead to lasting, healthy, and beneficial results.  The money that is spent in the beginning will actually allow for people to save more each year by not having to buy the larger quantities of wood normally required to maintain a fire.  And, after learning how to properly care for a stove, the maintenance of doing so is no longer a daunting undertaking and cooking with the new appliance becomes just another simple, routine task.

It has become clear to me that much of my work in Chajul will revolve around this idea of patiently and diligently educating people in the present to think about their lives in the future, which can be positively transformed by making even small changes right now.  I find I am having to gradually adjust my own idea of the overall concept of sustainability, as well, to include both longer term AND viable present term strategies, and not just in terms of the logistics of how specific projects will be carried out but also how that plan translates into the specifics of working with people NOW to even visualize and conceive of having a plan.  Sustainability starts with people in a community beginning to discover the relationship between the present and the future, the realization that healthy patterns can be started now which can make an even bigger impact later.  Without knowledge of this link between these two worlds, it is impossible to produce any kind of lasting change, and it is my belief that the discovery of this link is crucial to opening up a common language between the development worker and the community, a language that can truly engage a broader, more inclusive concept of sustainability.

Kelty Davis is  working as the Community Advocate in Chajul, Guatemala, supporting Limitless Horizons Ixil in the development of their existing programming.  Her main areas of focus include helping expand current library initiatives, sustainable agriculture projects, the artisan program, the community kiosk enterprise, and the implementation and evaluation plan for safe stoves.  She is excited to bring her skills and passion for international development to the community of Chajul, and is looking forward to the adventures, challenges, and myriad of new experiences that await her!