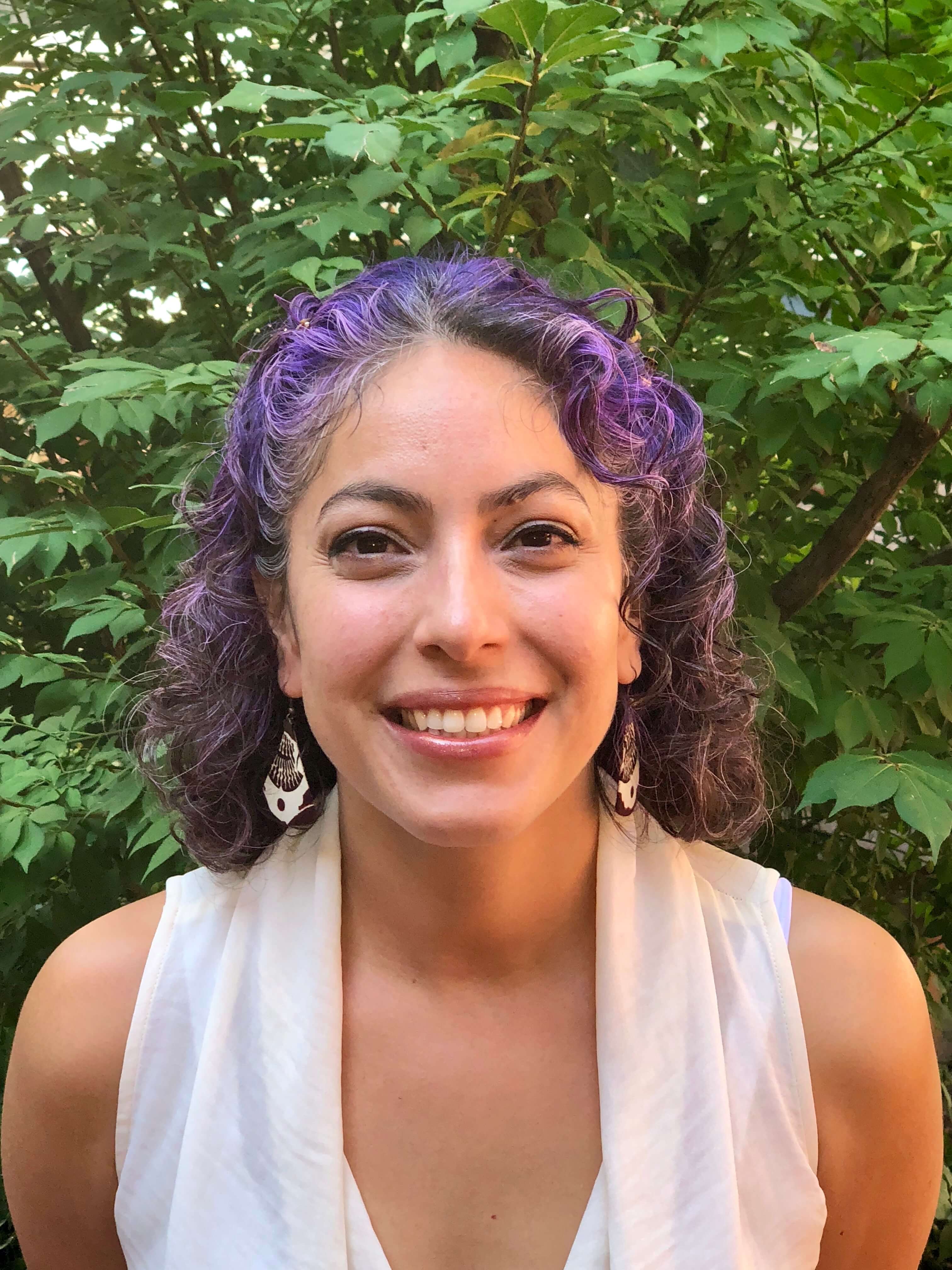 Anyone who has had the chance to hear Laura Soto’s story will agree that, yes, she is indeed a warrior. She has shown herself to be a fighter, a survivor and a community leader although her story beings with adversity from the time she was just a few months old. Resilience has been her way of life. In her new role as Operations Manager with Philanthropiece, Laura brings her unique perspective as an immigrant, an activist and an artist, to help Philanthropiece continue its work in co-creating resilient communities.

To understand the full scope of Laura’s passion and what has lead her to a life dedicated to community engagement and leadership, it helps to know her story from the very beginning.

“My family came to the U.S. in the winter of 1982, which is the year I was born. They crossed the River Grand in search of a better life holding the six month old baby high above of their shoulders as if holding me in offering to the skies above as a prayer for their future. My family tells a story of how the newborn baby’s life was at risk because she got very sick with pneumonia after crossing the frozen river. This for me is proof that I was born a warrior. Life challenged my strength from the very beginning even as an infant and I didn’t die, I passed the test.”

After facing such a difficult trip, Laura’s family established a life for themselves in the U.S. However, due to several tragedies, including the unexpected death of her father, Laura’s family found themselves torn between continuing a life in the U.S. and feeling a desire to reconnect with and rebuild the life they had left in Mexico. That duality, of trying to exist between two cultures, left Laura with complicated identities growing-up; often times feeling ostracized in the U.S. and in Mexico. Her undocumented status also created barriers for her as she sought to build a meaningful, fulfilling life for herself in the U.S. with her two children that she has raised on her own. In reflecting back on those times in her life, Laura shares that she found a way to embrace her bi-cultural identity and to see her immigrant struggles as an asset in the work she does today.

“I grew-up with an identity struggle, but now I recognize it as the bi-cultural experience, where it’s equally as much real that I am American, Mexican and Latina. I embody the identity of being an immigrant in the United States. Also, I’ve had to seek out community support because I was born into poverty, marginalization and struggle; and because I relied on my community to be there for me when I didn’t have a voice as an undocumented immigrant or when I didn’t know the system as a teen parent, I have that personal, real connection as to why community support systems are so important. As I’ve developed myself, my skills, my talents, advancing in my professional growth and education, I have continued to see the need in my community for advancement opportunities very clearly. Now that I am a cultural broker – I have this unique power and talent to speak the truth for my immigrant community; this is why I choose to work in the field of social justice.”

A big shift came in Laura’s life when she received Deferred Action for Childhood Arrivals (DACA) status, which allowed her to feel that she had more self-agency in her professional development goals and career path. With DACA she was able to finally realize her dream of completing an AA degree in Cultural Anthropology. Another impactful moment in Laura’s life, which took place in in 2014 while she was finishing her Associate’s, was when she saw a performance by MOTUS Theater in collaboration with the Colorado Immigrants Rights Coalition (CIRC). “The Do You Know Who I Am production by MOTUS Theater opened this world, shed this light on what it is like to be truly who you are, “to come out of the shadows,” as we say. To come out about your vulnerability and trauma as an undocumented child growing-up in the U.S. and vulnerability in the broken political system in a beautiful, artistic, transcending way. To expose your brokenness to the community and tell them openly you wish to fight for justice and to ask the community to embrace you for who you truly are in one magical performance. It felt like the activists on the stage were a brotherhood for everyone who has ever felt marginalized. They made me realize I had to take the stand with them, because they had already done so much for me.”

She took that realization to heart and immediately became an active volunteer/ leader with the Colorado Immigrants Rights Coalition (CIRC), the Northern Colorado Dreamers United (NCDU), completed the Community Foundation’s Leadership Fellows program and became a performer in the new MOTUS Theater production,Salsa Lotería. Laura also writes poetry and performs spoken word and dance as her natural art forms. These art forms are a source of inspiration and healing that Laura engages in to continue her community activism.

As she moves forward in her new position with Philanthropiece, Laura feels thankful that the various parts of her life are being recognized and validated. “What is very honoring in being with Philanthropiece is that the team has truthfully honored all the work I have done in the past to serve my community, the work I do as a professional interpreter, the work I do as an activist, and as an artist. They have supported me greatly in integrating the multi-layered, multi-faceted experiences I bring to the table. The office management parts of my new job [with Philanthropiece] are exciting to me because it’s continued growth from what I have done before to get me to this point – it feels like everything I have done in my life has led me to this moment and I am taking on more responsibilities because I am growing. That’s wonderful! In addition, the community organizing and engaging part of my job, where my deeper passion lies, that is my soul! That is where I have many meaningful work relationships from the community building work I’ve done in years past. It’s all part of co-creating and birthing a unique role for me here. It feeds my hope for piecing together a better future for everyone.”

Morning Glory Farr is a writer and business owner in Boulder County, CO. She has served on Philanthropiece’s Advisory Board since 2010.