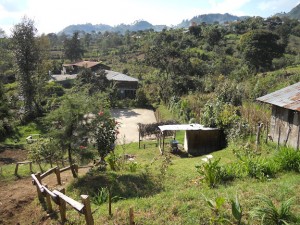 A Short Historical Perspective, by Joanie KnudsonI am so looking forward to BIFF this year!  Not only is it a great lineup of films as usual, but we’ve really developed a great Call 2 Action series this year, and I’m thrilled to be introducing one of this year’s Call 2 Action films at the Boulder Theater.  “Granito: How to Nail a Dictator” will be screening at the Boulder Theater at 10:00 am on Friday, February 17th.  Here’s a little historical perspective:

For 36 years the people of Guatemala endured a very bloody chapter in their nation’s history.  Some call it an “armed conflict” or “armed confrontation”, some call it “civil war” and others still, mincing no words, call it outright “genocide”.   Whatever name you attribute to this particular chapter of history, it was a tragic and devastating time.

Who were the perpetrators of these outrageous crimes?  The Guatemalan military and government.    During the most violent and bloody period of this era, from the late 1970’s to the mid 1980’s, under the leadership of Guatemalan dictator General Efraín Ríos Montt (with financial and arms support of the United States Reagan administration) some of the worst of these atrocities were committed against the Mayan communities in the Central Guatemalan highlands.  Military operations during this time period were concentrated in the state of Quiche and in particular, the municipalities and pueblos of Santa Maria Nebaj, San Juan Cotzal, and San Gaspar Chajul.   The very same San Gaspar Chajul, where Philanthropiece has been working these past 4 years co-creating a more healthy and sustainable community, and building the capacity of a new generation of indigenous community leaders.The UN sponsored Commission for Historical Clarification registered a total of 42,275 victims including men, women, children and elders.   Of these, nearly 24,000 were victims of arbitrary execution, over 6,000 were victims of “forced disappearance”, 83% of the fully identified victims overall were of Mayan descent.   Twenty five percent of direct victims of human rights violations and acts of violence were women.

In 1982 a young documentary filmmaker named Pamela Yates went to Guatemala posing as a journalist covering the so called “democratic elections” that year, and filmed extensive footage including private interviews in the heart of the Ixil region.  She documented the military leadership in action, the guerilla movement and also the indigenous Mayan perspective.  Part of the footage she filmed became an award winning documentary called “When the Mountains Tremble”.   It was this film that introduced the world to a young Mayan activist named Rigoberta Menchú, when she was in her early 20’s.  Rigoberta has dedicated her life to working on behalf of indigenous peoples throughout Latin America, and in 1992, at the age of 33, she was awarded the Nobel Peace Prize, the youngest person ever to be awarded this honor.   She continues her work for social justice today.

Other parts of Pamela Yates footage from 1982 sat in storage until 2003, when they were dusted off and used as evidence against the former dictator Ríos Montt.  Finally, after years of immunity, and more than 20 years of perseverance by the Association for Justice and Reconciliation, just 2 weeks ago on January 26th, 2012, Ríos Montt was placed under house arrest and charged with ordering 11 massacres against the Mayan Ixil population in 1982 and 1983.  Specifically, 11 documented massacres in the municipalities of Nebaj, Chajul and Cotzal, where hundreds were killed, 54 communities were destroyed and 29,000 people displaced.

This historical footage is included in Yates’ latest documentary “Granito: How to Nail a Dictator”.  This movie tells the story about not only what took place during those horrific times, but also the 20 year struggle to bring justice to the victims.  This movie is a profound testimony to the power of film to bring about change.  It is especially important to me and to us at Philanthropiece because it speaks very directly and very personally about a community that we live and work in, every day.  I hope that you will join us on Friday, February 17, 10am at the Boulder Theater.  There will be an audience Q&A directly after the film in the theater, and then we will hold a public discussion in the Call 2 Action tent, on the Pearl Street Mall in front of the courthouse.  I hope to see you at the movies!

Joanie Knudson is the Co-Executive Director of Philanthropiece.  When not busy with Philanthropiece activities she can be found wandering the trails of Boulder County with her dog Missy, or plotting her next escape to the beach.
Share Tweet Share Pin